For want of a sidewalk

Okay, I admit, I'm not one to tolerate cognitive dissonance in others for very long. I want to dissect it until the internally conflicted belief or viewpoint is cut open for all to see. I can cut pretty deep, too.

And occasionally, I do it to myself (and that's what really hurts, as the song goes.) In a fit of honesty, this time I'll do it out in the open.

Last night, I spoke at Waterloo city council on behalf of TriTAG, generally supporting a plan that will see Lexington Road gain new bike infrastructure, and sidewalks on one side of the road where none exist at all today. I did take some time to talk about how sidewalks on only one side are "a compromise" and "the bare minimum" but generally we gave Waterloo a pass. A mature neighbourhood, after all. Limited budget. It's understandable.


At the same time, mood among TriTAG members has been far less charitable towards the city of Kitchener. In January, city council there decided to go against staff recommendations and cancel plans for adding sidewalks to the unimproved side of Glasgow St. after local residents showed up to make their case against it. Yesterday, council chose to defer an item regarding sidewalks on the bare side of Palmer and Kennedy streets, near the Courtland Ave. Schneiders plant. The item will be revisited on Monday so that local residents have more chance to react.

On their own, these two data points show a disturbing trend: Kitchener city council seems willing to be pushed off sidewalk infill projects on streets that already have some minimal infra.

You probably see where I'm going with this, but I should get one thing out of the way before I get to the meat of the matter. Sidewalks on both sides should be the goal on all city streets. Basic pedestrian infrastructure that accesses all destinations are the first steps to creating a walkable city, and missing sidewalks on one side are a barrier to this. The busier the street (and Glasgow is quite a busy street, complete with transit service!) the more important this becomes. The people who you see satisfied with sidewalks on just one side are not the people who you should be thinking about when you eschew access to the other.

Right! Now that we've got that out of the way, I'll address the elephant at the room: it's not fair to excoriate Kitchener councilors for failing to implement second sidewalks on Glasgow St. when I give a thumbs up to Waterloo for a plan that falls short of providing second sidewalks for Lexington Road. Furthermore, deferral on Kennedy and Palmer is not cancellation.

So to councilors Glenn-Graham & Davey and mayor Zehr: I apologize. In speaking to each of them, I learned that they all intended to uphold the pedestrian charter and approve additional sidewalks unless there are real legitimate reasons not to. Okay then. We'll see how Monday plays out, but I should have given the benefit of the doubt.

Still, I am concerned that Kitchener has opened a Pandora's box, because new sidewalks are always a hot-button issue. One one hand, we need a rich pedestrian network to make a place walkable and we benefit from it. But on the other, sidewalks on our own property are a maintenance burden (because the public will to pay for municipal sidewalk clearing in the winter has not been there) and backfitting sidewalks in mature neighbourhoods often comes at the cost of mature trees, to say nothing of landowners' sense of ownership and privacy.


Furthermore, we made a mess of things a couple of decades ago, going through a phase of extreme car-centrism where we talked ourselves out of a lot of sidewalks. So we're playing catch-up more than we should need to.

So there's a strong local incentive to fight sidewalk infill tooth and nail, despite the fact that we benefit as an inclusive, equitable society to get those missing links corrected. If a city government makes its values crystal clear-- we will fill in sidewalks when the opportunities present because we will provide pedestrian access to all parts of the city as a basic right-- then expectations are set, and those who insist that the city compromise its own values for their personal benefit will not be able to disguise their true motives.

If instead, the city seems willing to grant exceptions if pressed, they will be pressed every time this topic comes up. I think Kitchener will see that for Kennedy/Palmer next week, and with other projects in the future.

Councilors who come to the table with the mindset that sidewalks on both sides of the street are not always a necessity are missing the point that even cases they think are marginal may be worth supporting because it will make the entire strategy easier to defend. They should consider sidewalks on both sides of the street as the expected outcome of any project improving the area, and compromise on that principle only under very extraordinary circumstances. Sidewalk infill should not be done only when it's convenient and nobody minds, or we will all lose.

Would that viewpoint make Kitchener councilors view Glasgow St. differently? I don't know. Should we expect it to change the Waterloo plan for Lexington? At least there we saw a concerted effort to mitigate the impact of one-side sidewalks, but fundamentally these two situations are not that different.

I don't think we should be satisfied with either situation. Waterloo got a pass because they demonstrated forward motion, bringing minimal infrastructure where it was completely absent, but that doesn't change the fact that they compromised. And as for Kitchener? We need to trust that councilors will stay true to the city's pedestrian charter, think critically about each project calling for sidewalk infill... and not lose sight of the big picture.

Trust, but verify. The first test will come Monday. 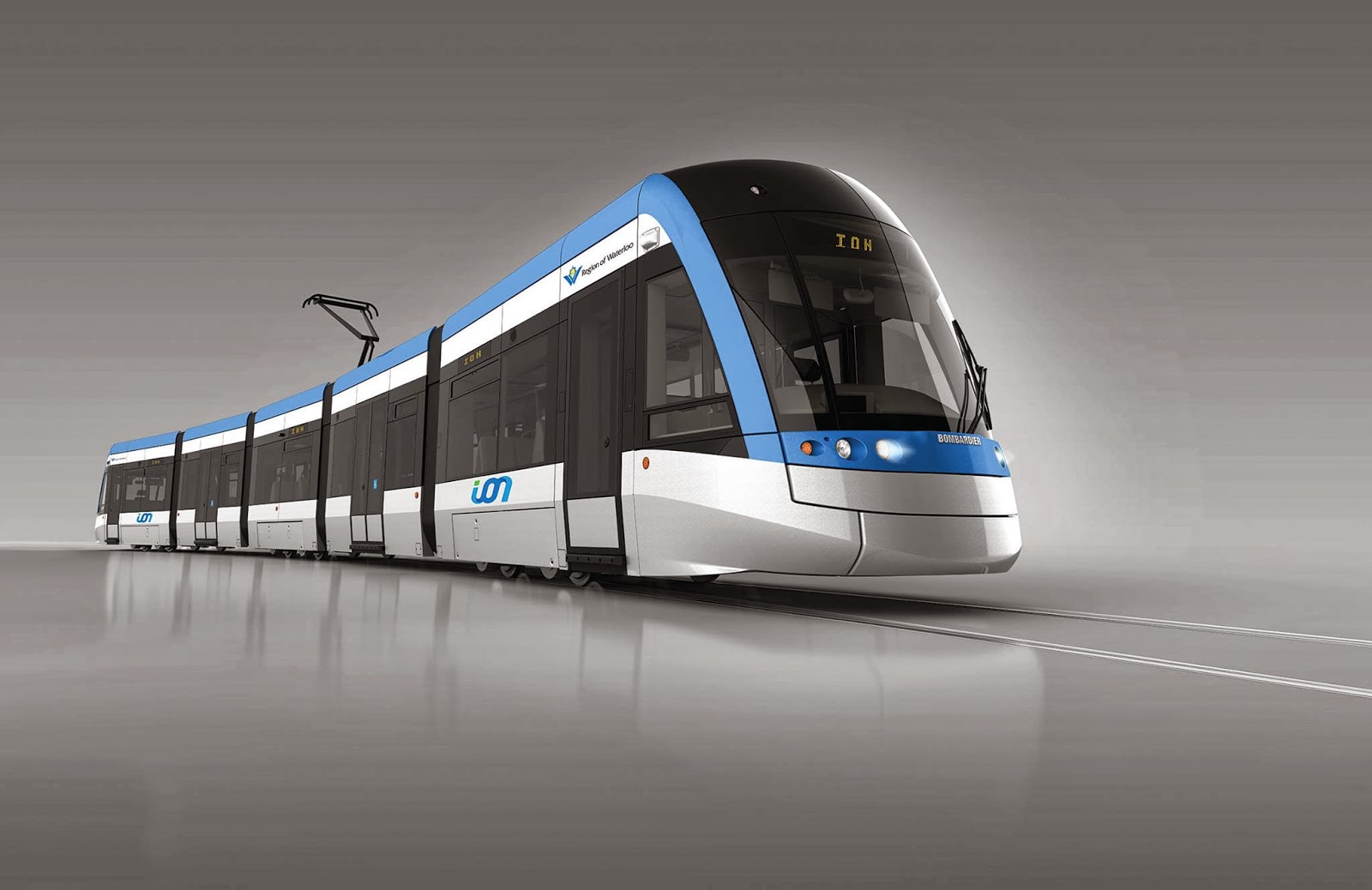