On Monday, I visited Waterloo city council to say a few words in support of zoning changes for a fairly unremarkable new development along King Street between uptown and downtown: 220-226 King Street South. Unremarkable in that the building is a fairly simple 6 story mixed-use building, the kind that we hope to see King lined with in the not-too-distant future.

But one of the reasons I wanted to speak was to compliment the developer for seeking the minimum amount of possible parking under current zoning rules. 49 units, with 49 total parking spaces (minimum 1 per unit, and using a formula to get "credit" for commercial parking spaces they would otherwise need to provide.)

The importance of this needed to be highlighted, because (predictably) council was not concerned about the impact of additional residents and businesses on the traffic load on King Street and uptown, but rather about the spectre of parking infiltration into surrounding neighbourhoods if there is "inadequate" parking on site.

Insufficient parking scares people, especially immediate neighbours. This has led to stringent zoning rules across North America: Thou Shalt Provide Thy Own Parking. It solved the parking problem, but how many new problems has this policy created?


Residents in the uptown Waterloo area have another big concern these days, one that uptown ward councilor Melissa Durrell has been so keenly aware of that she is putting together a "summit" to deal with it: traffic. Traffic is exploding in uptown. As the area grows and becomes more vital, there have been a lot of complaints of increasing traffic woes, the threat of traffic infiltrating mature neighbourhoods, and resistance to new developments because of the (in)ability of local roads to sustain the extra trips.

Here's the rub: Parking generates traffic. By solving the parking problem and supplying everyone with abundant free parking on site, we've induced a lot of traffic into existence.

"Induced traffic" usually refers to a the way road expansion tends to generate new trips, thus leading to a vicious circle of traffic congestion that is only briefly solved by each expansion. It has been shown to work in reverse, too: freeway removal has paradoxically improved congestion, as traffic just disappears. Low-value trips that had been induced into existence by high-capacity, high speed roadways were no longer attractive. 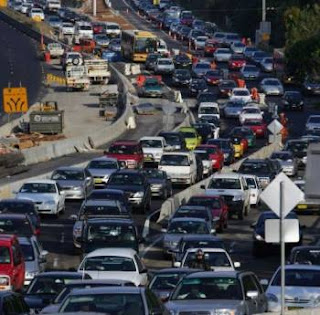 But parking, in particular free, abundant parking is also responsible for inducing traffic. This article puts it bluntly: "...the demand for driving is elastic, dependent upon the amount of driving and parking space that is made available"


In four years (or less), King Street outside of this new development will be one lane each way. The centre lanes will be replaced by LRT, which will greatly increase their capacity for moving people... but will remove their ability to move cars.

At the same time, we can and should expect many more mid-rise and high-rise developments to focus on the central transit corridor. People are screaming about traffic now. So what can we do?

We can reduce parking.


Waterloo should revisit its zoning rules and decide whether it wants parking woes or traffic woes. A first step would be to reduce parking requirements below what they are now. The proposed new regulations for Northdale might be a good starting point, OMB challenges notwithstanding... altering the parking calculations there has already provided a development proposal with a lightened parking burden. But what's good for students within walkable distance of universities is good for the general public within walkable distances of urban cores. We really need break below the floor of 1 parking space per residential unit, and provide ways for commercial development to be possible without devoting swathes of land or bags of money to parking.

And we need to take a long, hard look at core development proposals being built with excessive parking. 155 Uptown's upcoming zoning change and land disposition will push aside the Iron Horse trail for about 190 new units, and over 300 parking spots on a network of streets ill-suited to heavy traffic movement. Or how about the proposed 31 Alexandra Avenue, currently planned with 1.5 parking spots for each of the 152 units it would place within easy stroll of both uptown and LRT.

These high-parking developments will encourage a high rate of car ownership among residents. And while I've heard justifications that "these cars will just sit there" from development representatives' own mouths, I don't know how they intend to enforce this behaviour. We should expect that such an abundance of parking will quickly burn up any semblance of traffic capacity we have in uptown.

Of course, if we have a lower rate of car ownership in uptown, we won't just curb the traffic impact of intensification. We'll also see more people out on the streets, more cyclists and more transit users. Local businesses will benefit, and they in turn will require less parking. Ultimately, the space we would have used (and the costs we would have borne) for creating car storage can go to more productive use, and a denser, more vibrant uptown.

In the meantime, if there's pressure for parking, we can treat it like a market commodity and price it until the demand meets supply.

We can follow the patterns of the last 50 years, build more parking than we'll ever need, and live with the congestion and the slow encroachment of cars into every public space. By continuing our car dependence, our attempt to intensify will be derailed, as our road network won't support additional density.

So, Waterloo? What's your poison? Parking woes or traffic woes?

While you're thinking, here's some great graphics about the amount of space parking costs us with new development. 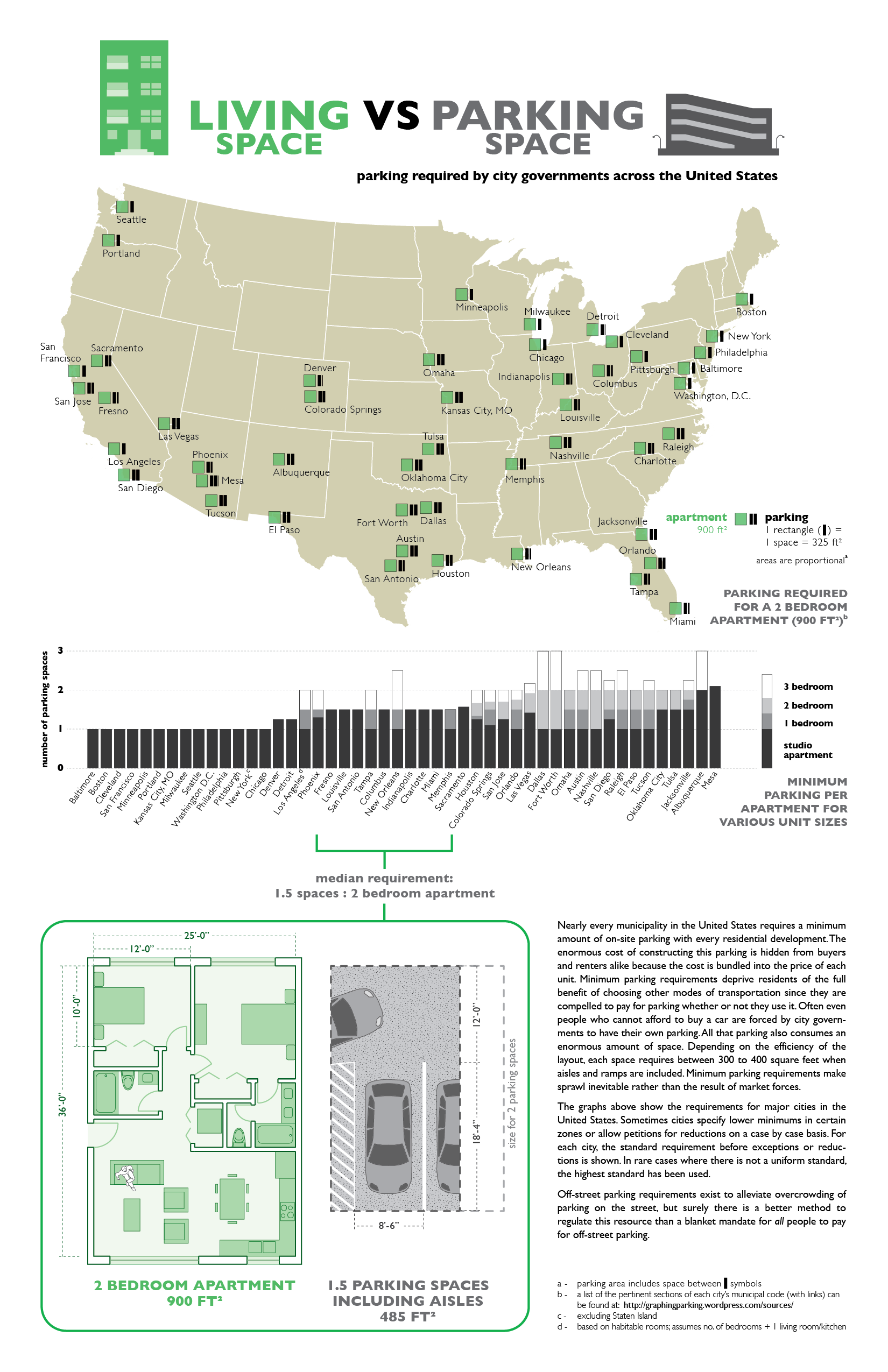